The Portals - a Pulp Alley game

This scenario is entirely stolen from the inimitable Cheetor, so make sure you read his superlative version over here.

A strange portal has appeared near the small village of Al'Abead. Locals report talking goats and strange hallucinations. 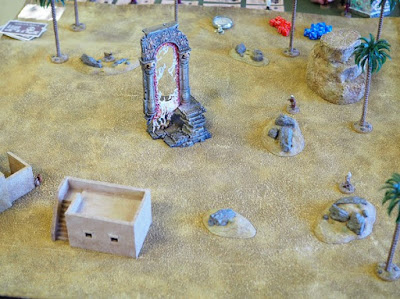 Unusual phenomena attract unusual people. To wit, Jack Sampson and his adventurers, and the cultists of S.L.I.M.E. (the Secret League of Mayhem and Evil). 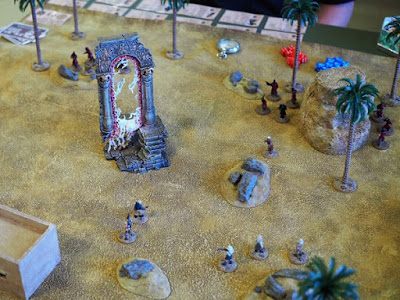 The leagues must complete a minor plot point before attempting to enter the portal. Once through, they must bring something back from the other side...

The cultists interview the goat. 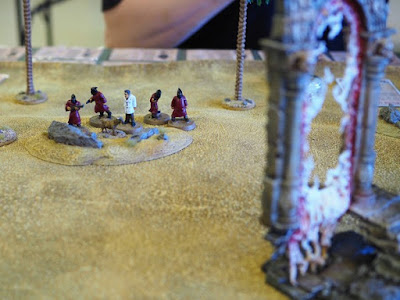 And the marginally less coherent villager. 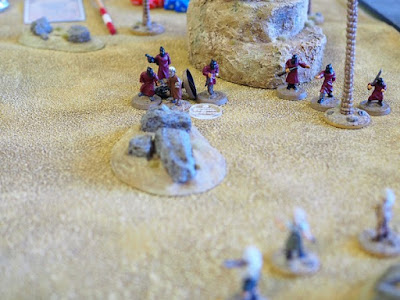 Jack approaches the portal (one of his league has already grabbed a minor plot point). 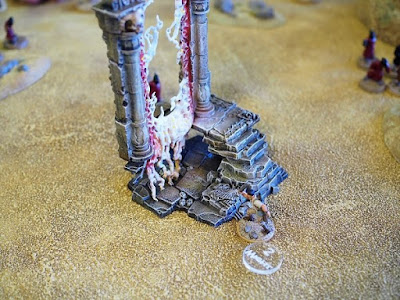 Stardate 9.6.23 601, Space Station Daebala IV. Another raid in the Radon Zombie - Robot Wars. This one is notable because of the presence of a distinctly non-scientific phenomena. 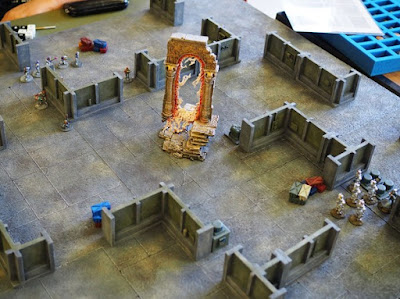 Both sides approach the strange apparition. 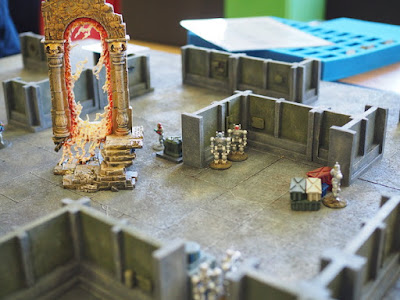 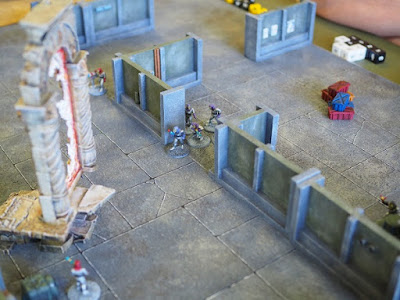 When suddenly, a bizarre creature is expelled from the thing. 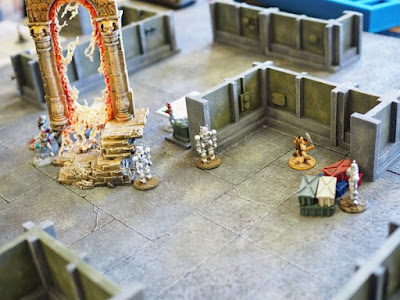 It's not long before the warring space warriors carry their combat across dimensions. 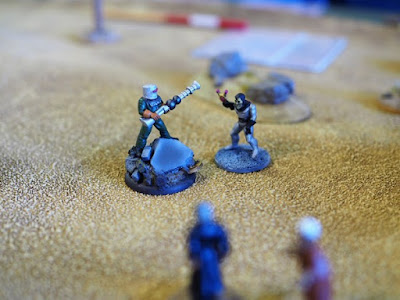 Back in space, Jack Sampson has grabbed a strange technological trinket and is fighting his way back to the portal. 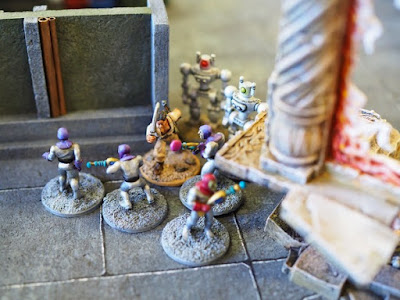 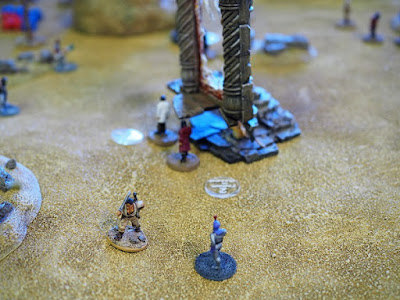 But, alas, the extra-terrestrials take a dim view of his unlicensed technological export business and blast him down. 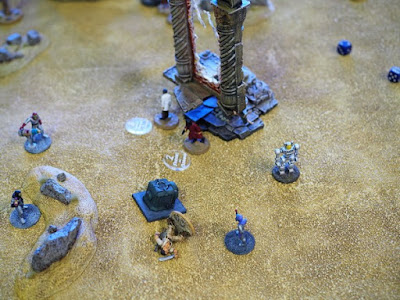 This game was a load of fun! Kudos to Cheetor for his great scenario. The horde leagues struggled to get people through the portals, but got there eventually. Things got a bit chaotic once players had figures on both tables, but that's all part of the goodness!
Posted by Preacher by day at 5:02 PM