She's lovely, but she'll be the death of you

A death cult assassin for my Inquisitor's retinue. 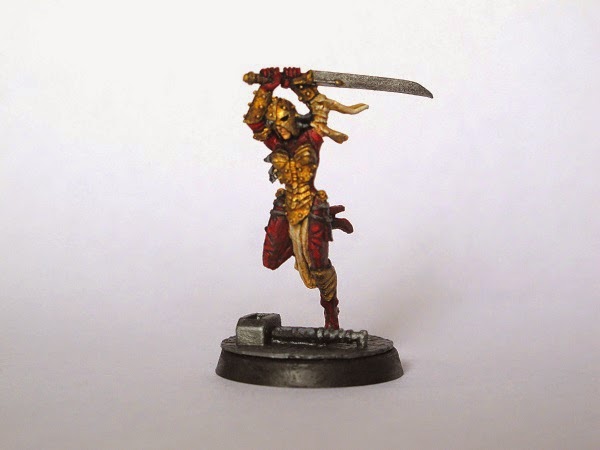 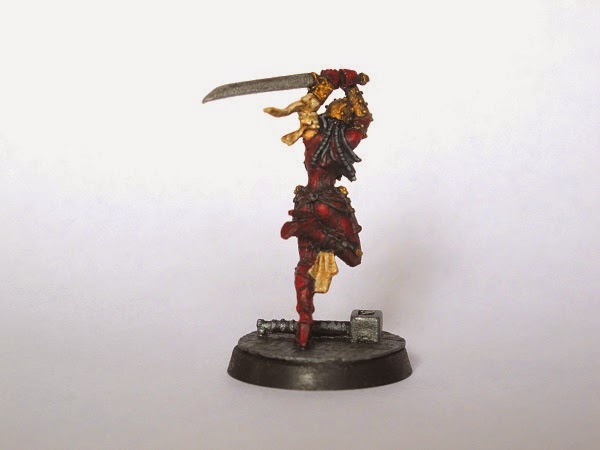 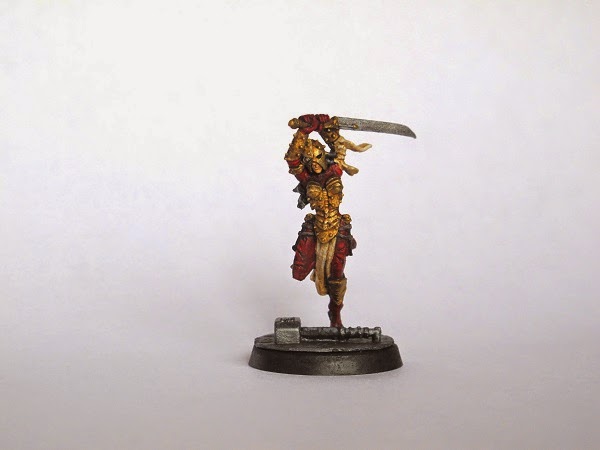 Rumours of a priceless archaeological treasure. Wealth beyond imagining. A tomb robber trying to sell off the wonder he has unearthed in the desert. And so they come, drawn like insects to the light.

I introduced three new players to Pulp Alley at the club the other week. Between keeping the game moving and taking photos, I lost some of the details of what was going on. So here's a quick summary of the game.

Each player had to discover the identity of the tomb robber before they could question him about the treasure's whereabouts (in game terms, they had to complete a minor plot point before proceeding to the major one).

The adventurers entered from the bottom right corner, the mad scientist from the top right, and the spies from the top left. 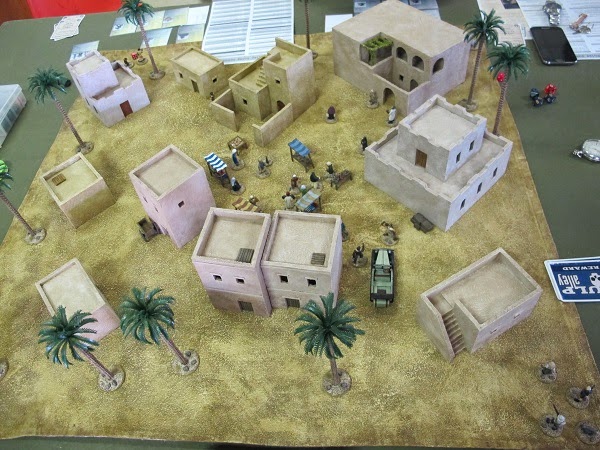 The scientist hones in on the man in the pith helmet (minor plot point). 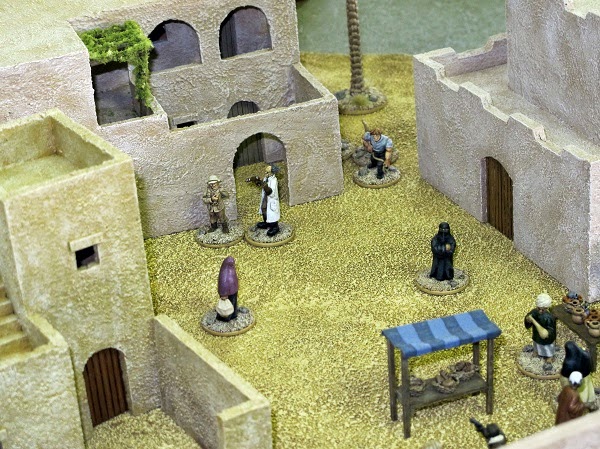 The spies dig for clues in the jars (minor plot point). 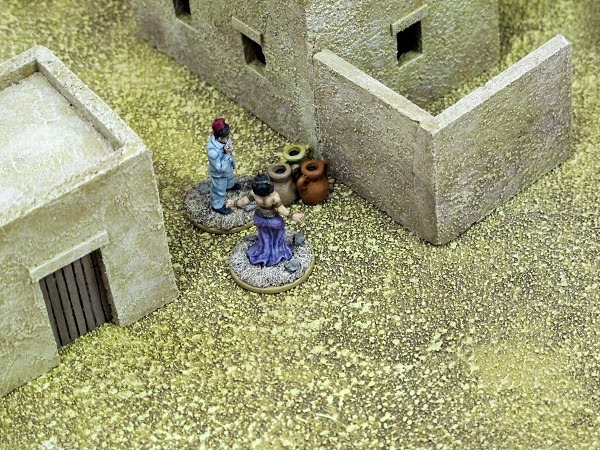 The master spy, intent on finding clues, doesn't notice something sneaking up behind him. 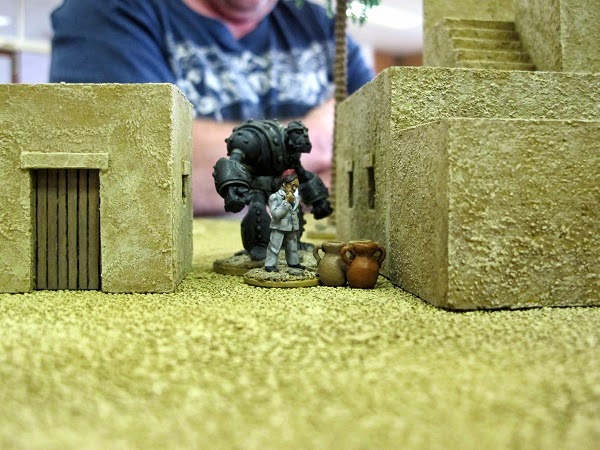 The characters confront the tomb robber (turban and grey robe). 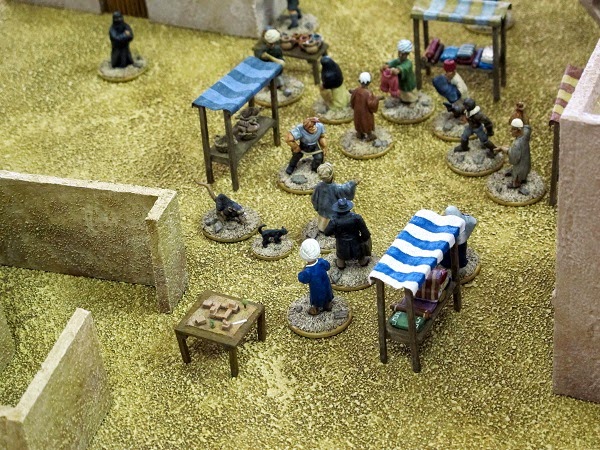 The animals take a dislike to each other (the spies' monkey, the scientist's rat, the adventurers' dog). 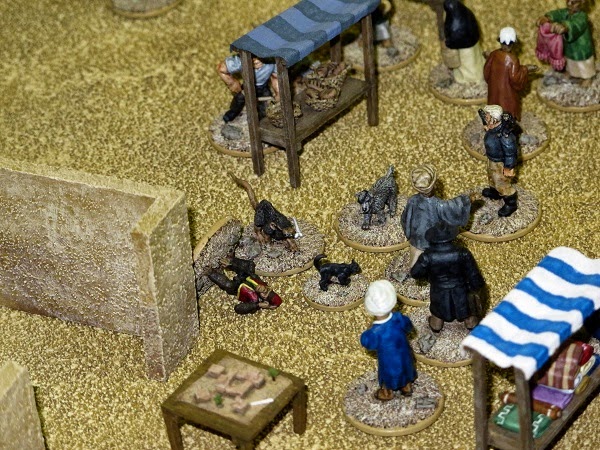 The tomb robber, accosted on all sides... 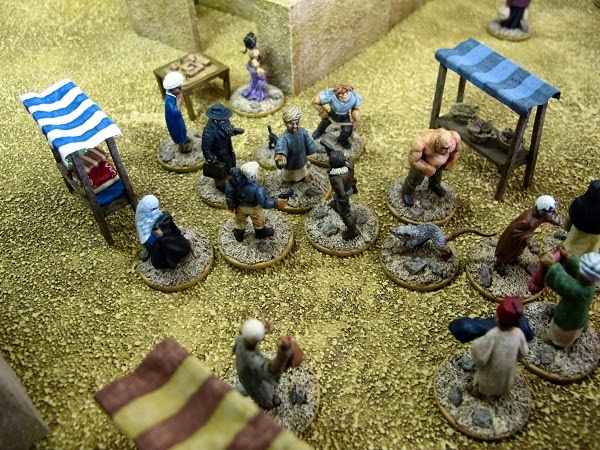 ...gives up the secret of the treasure. 'It's behind the clothing stall. I don't know how you didn't see it before!' 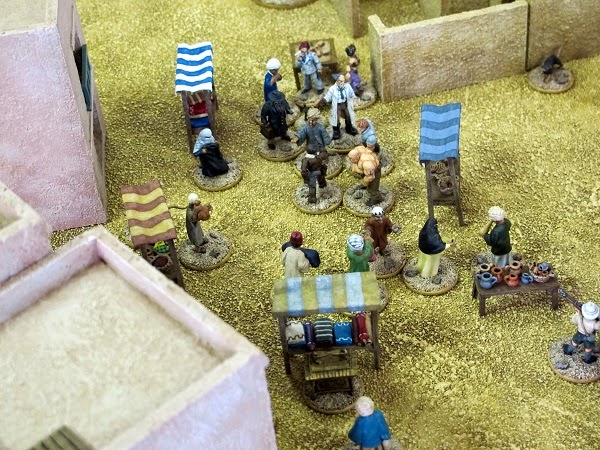 The adventurers are the first to swoop and grab the treasure. 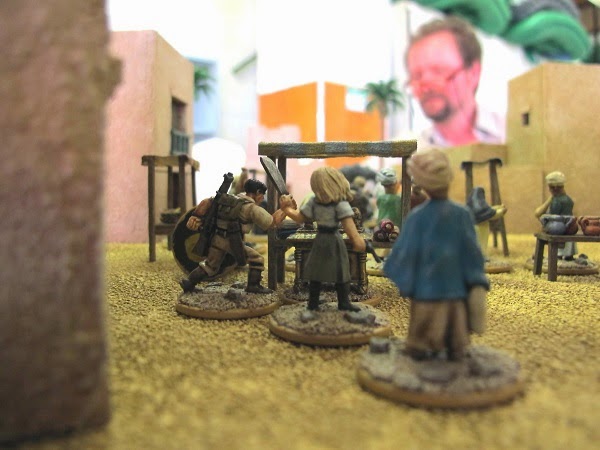 In 40K, Librarians are hulking, power armoured psychics. So what do you call a person who looks after the books? Here's my Curator of the Lesser Wisdoms, a weary keeper of books and scrolls. (Apologies for the photo quality.) 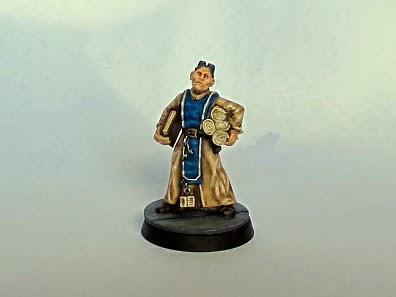 The figure is an acolyte from the Empire kit, the Luminark of Hysh. I made a couple of very minor modifications, chopping off the old world symbols and adding the hanging book. He was fun to put together and paint. 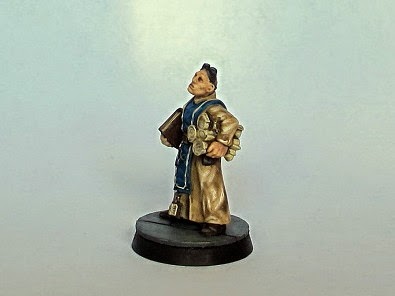 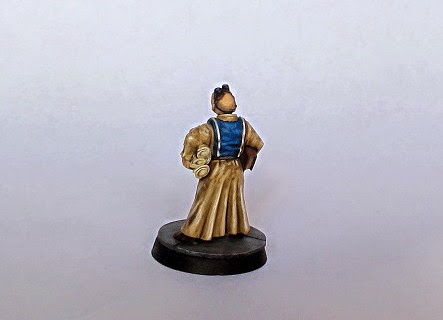 Great terrain starts at the ground floor. With that in mind, I thought I'd make some terrain tiles for my sci fi guys. They turned out all right, so I thought  I'd share the method. 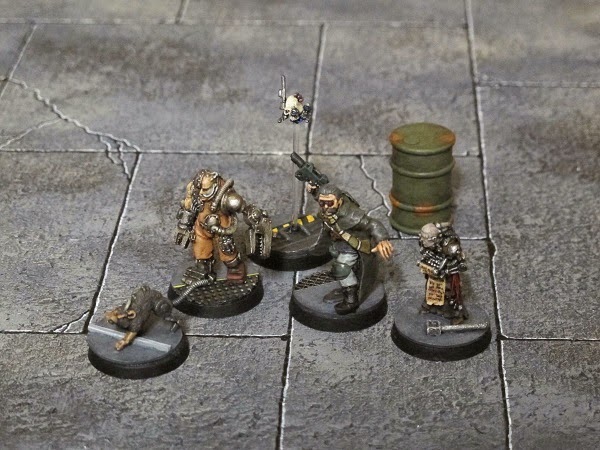 I need to acknowledge that the concept isn't mine - I pinched it from Tiny Solitary Soldiers, so head over and check out what he's done.

The base material is cork tile. 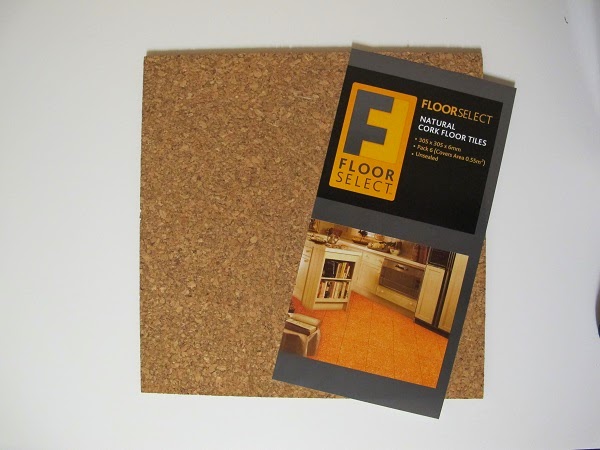 All the paint is sampler pots from the hardware shop, mixed to match Vallejo colours. The tile starts with Vallejo Dark Grey (994). Once that dries, add blotches of German Cam Black Brown (822). 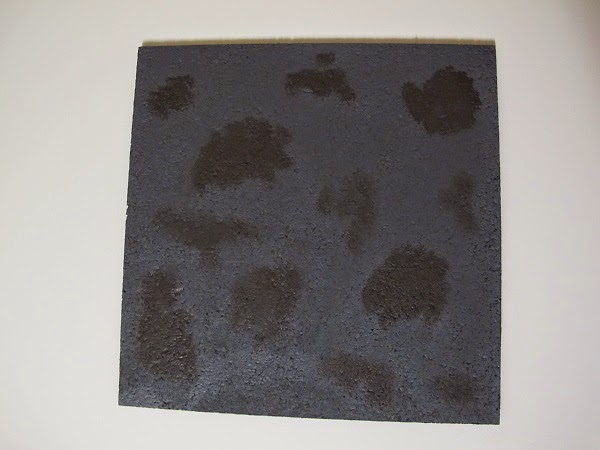 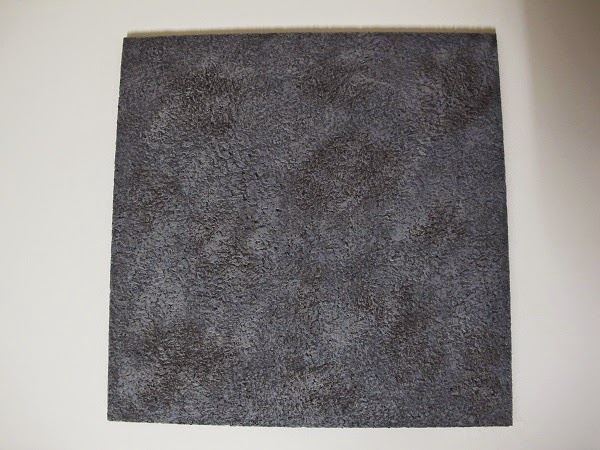 Then a patchy drybrushing of Medium Grey (987). After that, pencil in the grid of tiles, then with a steady hand, paint them black. 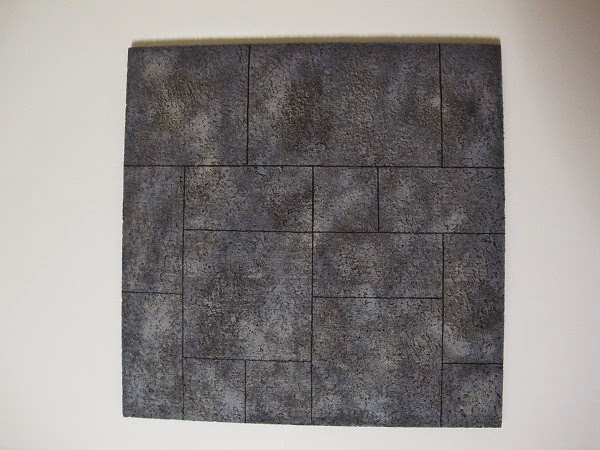 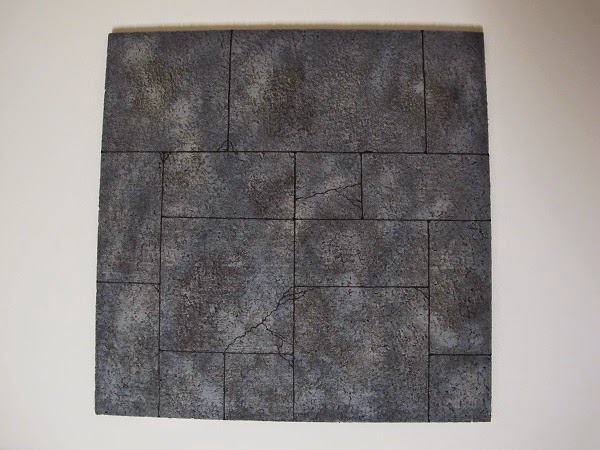 Edge all your black lines with white - just on one side. And there you have it: a battle ground worth fighting over. 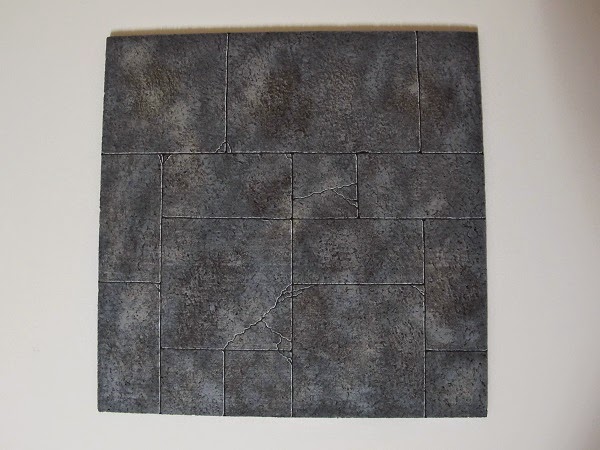 Phew, these guys have been on the painting table for ages. Byzantine kavallarioi for a later Comnenan army for Impetus. 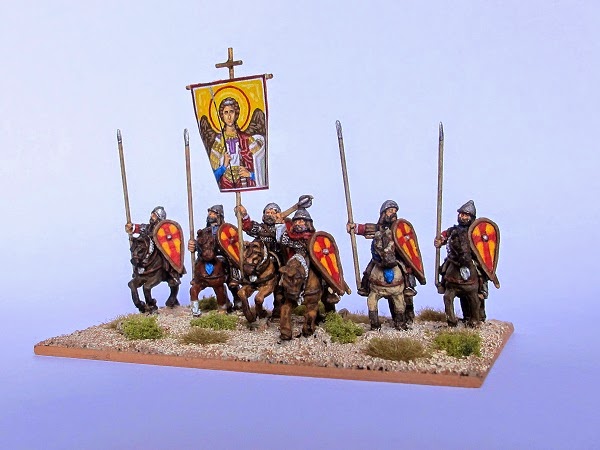 They're Old Glory 15mm figures and, all in all, they were a bit of a pain. The pack contains too many half armoured horses for the era, so about half of it will probably go to waste. Then the riders were a pretty poor fit for the horses. However, they have come up nicely! 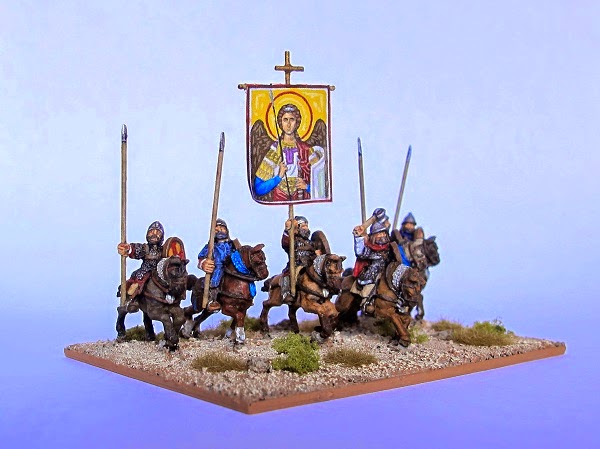 I'm especially chuffed with the banner, which was by far the most fun part of the painting process. I printed out an icon from the net, then painted over the design - I find that printed flags look inconsistent and a little out of place. 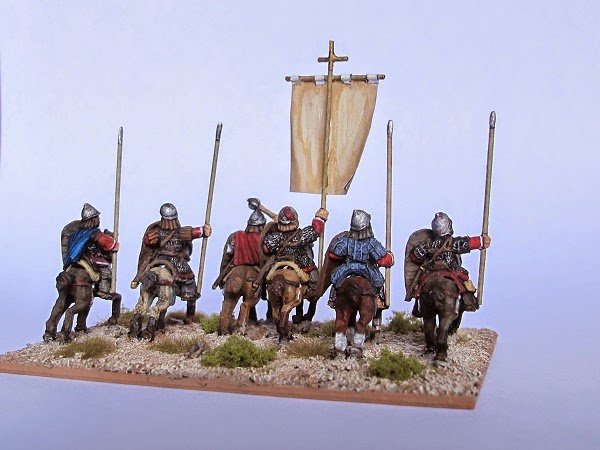 This is just my third unit for the army, but I have to confess that after this one, I'm not in a super hurry to do another. More's the pity, as one of my opponents has a lovely crusader army just crying out to be taken apart by the wily Byzantines! 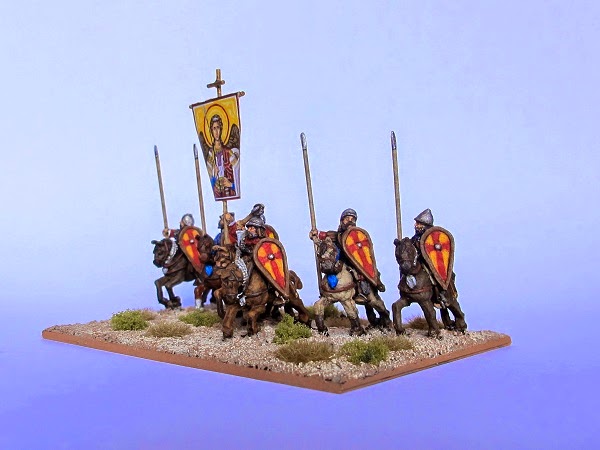 I've now painted stuff for eight different projects this year, but I haven't painted more than seven figures for any one of those projects! Time to focus, I think. But on what?
Posted by Preacher by day at 10:01 PM No comments:

It's been inspiring seeing all the Oldhammer and Inq28 floating around the web. Some time ago I'd made a start on some retinues to use with Pulp Alley, but got distracted by other things. Finally I've done something else: a tech-savvy orangutan from the grim darkness of the far future. 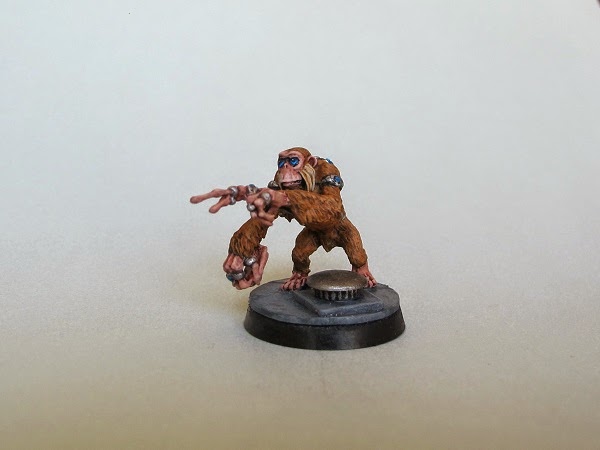 I had planned to use the Jokaero for a Rogue Trader's retinue, but I had a quick look at the old Rogue Trader rules which describe them as an uncommunicative, insular race. So why was this figure part of the Grey Knights range? 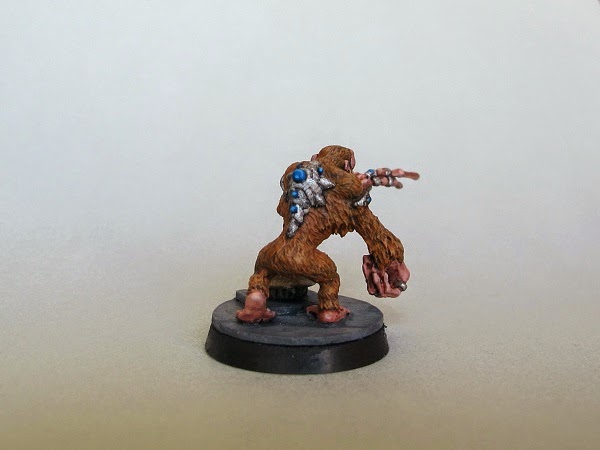 Maybe he'll end up being a random encounter. 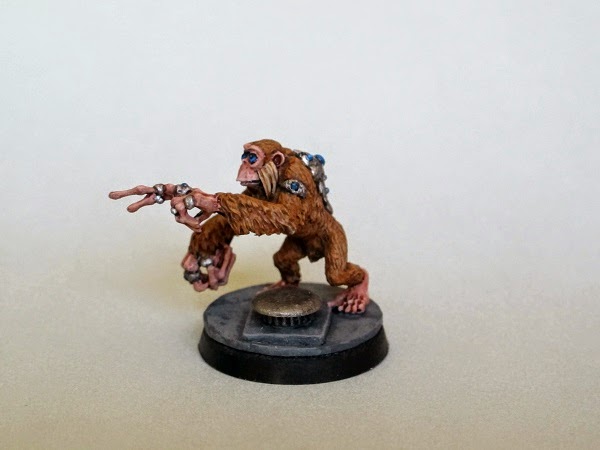