The glorious day has arrived. A glittering ceremony where the Governor will proclaim one of our heroes as 'in viro in imperium', Hero of the Imperium. (If you haven't followed the campaign through, you can start here.) 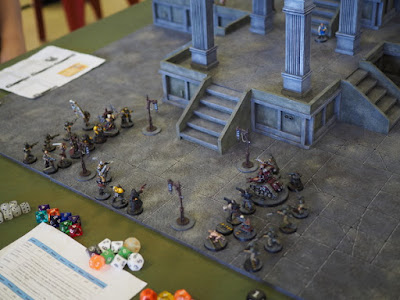 But our heroes have uncovered a dark and shattering secret. During their captivity at the hands of the chaos cultists, one of them has been mentally reprogrammed to assassinate the governor. At the start of the game, each player receives an envelope with a playing card. The player who sees the Queen of Hearts is the assassin! 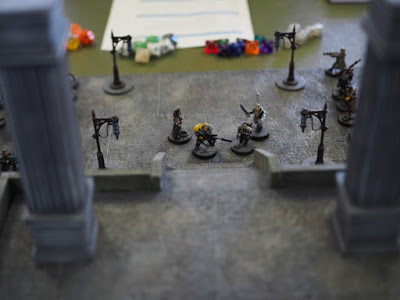 The ceremony begins with the heroes proceeding to meet the Governor. At the same time, the heroes retinues gently jockey for a better position once things get interesting. 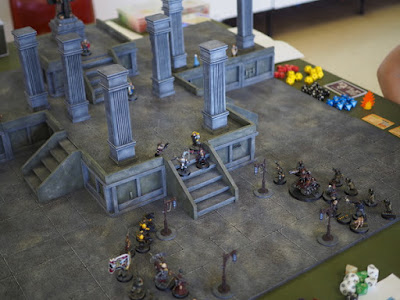 The beginning of turn three and nothing untoward has occurred. At least not until the marine scout suddenly opens fire on the commissar! 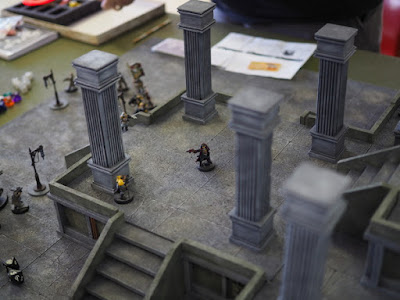 At the same time, one of his men hurls a grenade at the mechanicus retinue. 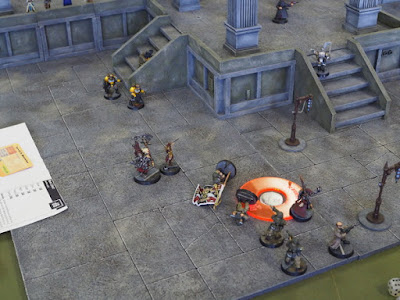 The other retinues are stunned by the sudden violence of the scouts (the scout player played a Parley card, meaning no combat or running for the remainder of the turn). 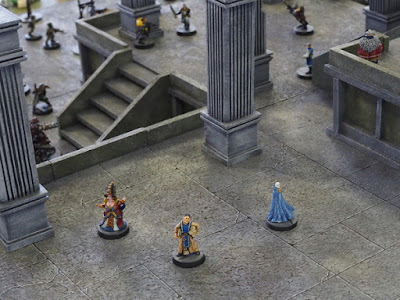 Another scout grenade, as the rest of the teams head towards the podium. 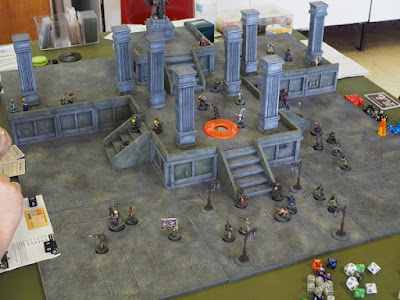 At this point, the scout player pointed out that if he was in fact the assassin, he surely would have been taking potshots at the Governor by now. His action was designed to draw out the assassin. He suspects that the mechanicus player is in fact the killer. 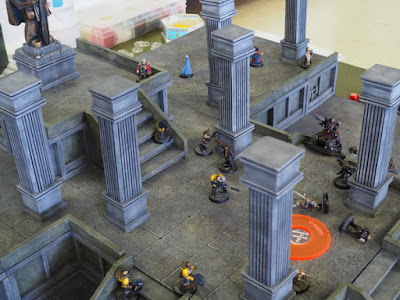 The commissar is all too happy to act on these suspicions! 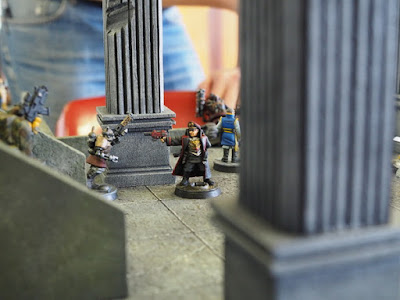 The scouts move up to protect the Governor. 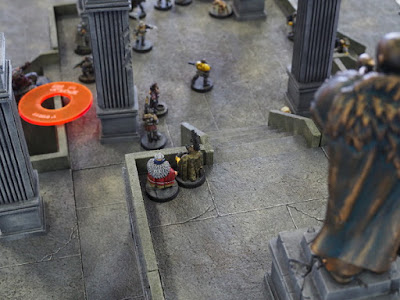 At this point, a small robot appears. 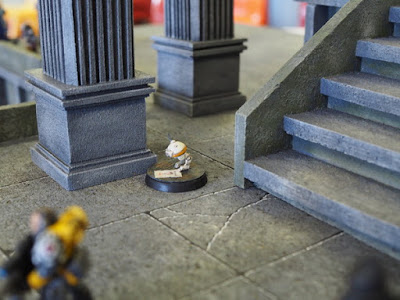 It has no effect on the battle raging around it...for all but one man. For him, the robot triggers buried memories. A jolt of pain fills his head. A grim apparition fills his vision.
He lurches up the stairs and fires at the governor! 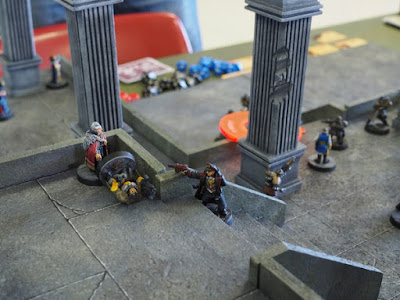 The other players scramble to respond to this sudden treachery. The scouts hurl grenades at the Commissar's men. 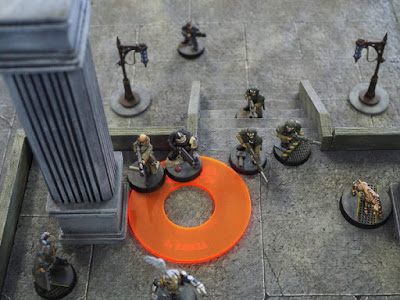 Commissar Burns moves in for the kill. 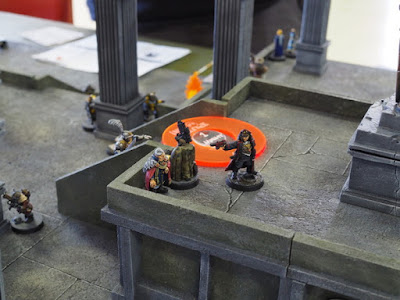 But the other players are desperate to stop him. His laspistol fizzes rather than firing, and he narrowly avoids a chunk of falling statue dislodged by stray gunfire. 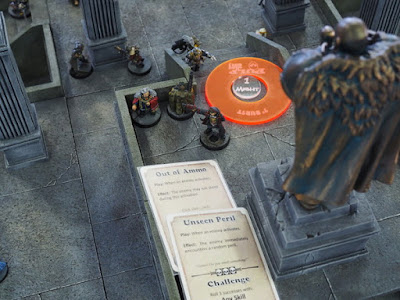 The other players rush to prevent the Commissar closing in on the Governor. But while they are still scrambling up the stairs a shot rings out. The Governor is down and dead! 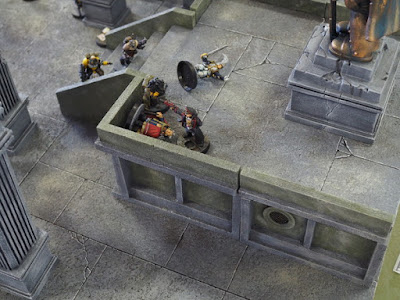 A tragedy for the heroes, a triumph for the minions of chaos!

This played out beautifully as a game. I had told the players that one of them was the traitor, but then gave them all non-traitor cards at the start of the game. I wasn't sure how the guys would interact, but it didn't take long for the paranoia and gunfire to kick in. Then, at the start of turn five, a random player was shown the Queen of Hearts. Mark was quite devastated to discover that he was the assassin, but he carried out his new mission with ruthless purpose. I think it would have been nice to see the governor survive, but that was out of my control!

My first extended Pulp Alley campaign. Heaps of fun! This felt like a fine finish.
Posted by Preacher by day at 12:28 AM 16 comments: