The Raid - A Pulp Alley Game

It is just days away from the ceremony where one of our heroes will be honoured as  'in viro in imperium', Hero of the Imperium. As they wait though, they receive an urgent communication. The hive city of Sinastras IV is surrounded by sparsely populated wastelands, dotted with abandoned dwellings. Local security forces on a training mission spotted intense activity at one of these buildings. Observation suggested a chaos cult may be involved. Given their ongoing 'interest' in cult activities, the heroes have been called in to clean up!

The suspect building. Heat sensors suggest the building is a hive of activity (green counters). 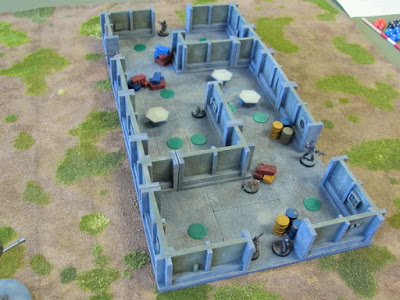 Sure enough, those are chaos cultists lurking in the doorways. 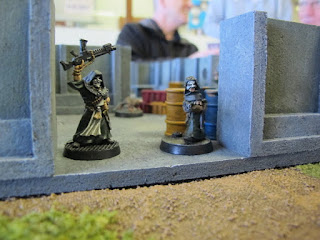 Go! The teams move in. 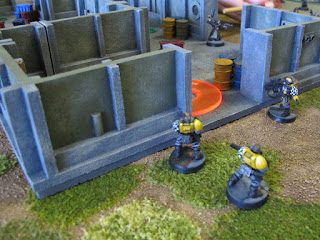 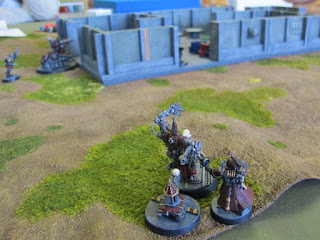 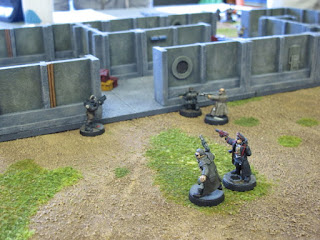 The players get a little panicky as they discover a flamethrower in their path. A quick grenade puts him down before he is able to wreak havoc. 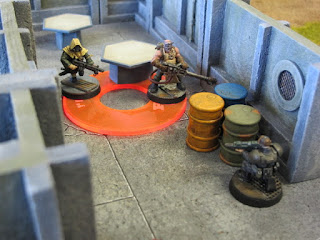 One of the fun benefits of GMing games that aren't just straight up fights: your players get nervous about all manner of inconsequential extras: here the scouts go rat hunting. 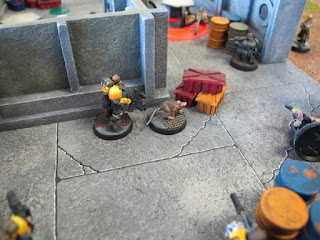 The mechanicus move in. 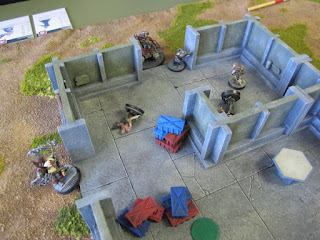 That flamethrower is up again, with a very enticing field of fire. However,he went down again before he could get off a shot. 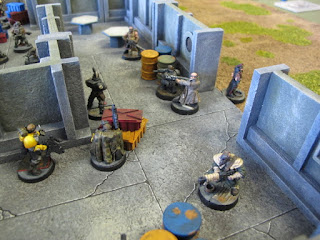 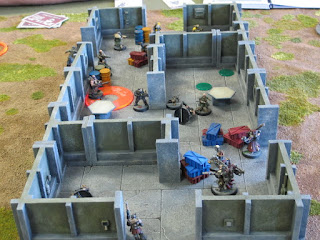 Wait a second, that doesn't look like a cultist! 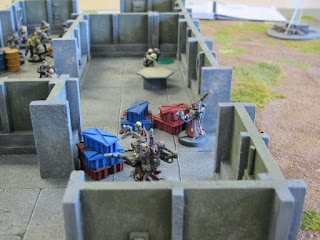 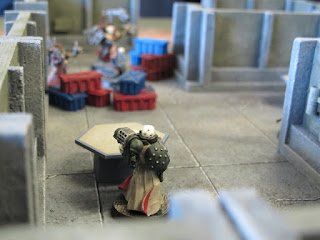 The players rush to engage the marine. As they do so, the last chaos character is revealed: the psyker who has plagued them since the very first battle! 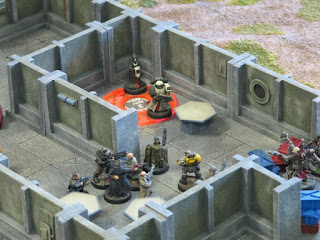 Over the next three turns, the chaos marine took more than thirty shots from the heroes! He was an absolute tank! 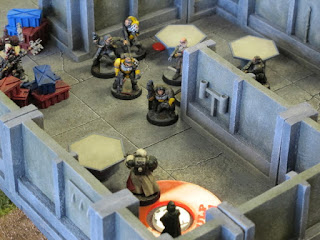 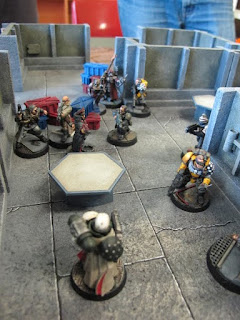 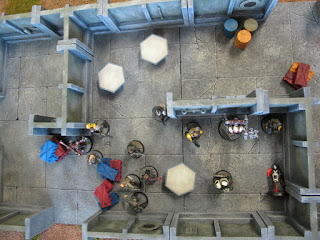 Finally he goes down! And with him, the psyker. 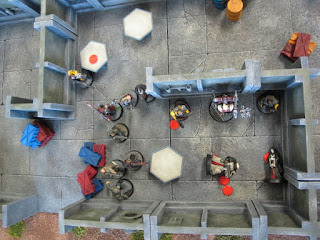 The psyker is down but not dead and the heroes rush to interrogate him. With an enthusiastic application of good old fashioned 21st century intimidation and torture, they uncover a shocking truth!
He has been masterminding a plot to kill the Governor of Sinastras IV.
The assassination attempt will take place during the upcoming ceremony to honour our heroes.
The assassin will be a traitor.
The traitor is one of the heroes!
The traitor is...urgh...gasp...ack...
The psyker is no more...