Do You Wanna Build a Wall? A Pulp Alley Game

Well, it's been a while! Life gets busy, and painting and gaming has felt more rewarding than blogging. But I've been lured out of semi-retirement by the promise of more free Pulp Alley cards. After this report, you may wish I'd stayed there! 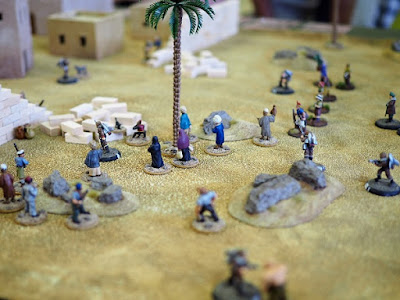 Warning: If you're a fan of the serving US President, it may be best to avert your eyes and not read this report. Terrible, tasteless, irreverent, inappropriate things happen to a man who may just happen to have certain resemblances to the POTUS.

Anyway, if you're still here, you have been warned!

Ronald Dump is the new mayor of the bustling Middle Eastern market town of al-Amrica. He swept to power on the back of his promises to deal with the nomad problem: itinerants who skulk into town to steal people's good, jobs and self respect. 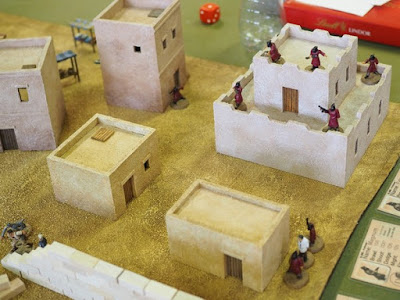 Dump is a man of action. He has begun to build a wall to protect the good citizens of al-Amrica from the unwashed masses. But a man of vision and action has many enemies.

Here you can see the wall, and the enemies. 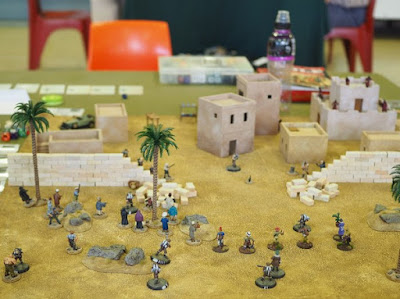 On the left, a group of ne'er-do-wells are escorting a group of nomads into town. One of their goals is to get the nomads into the marketplace (at the centre rear of the table). The other will become apparent as the game goes on...

On the right, a group of archaeologists have heard there is treasure buried under the newly constructed wall. They are making for pile of bricks at the left.

In the centre at the back (and scattered across the table) are zeppelin troopers, a crack team from a certain central European power that is deeply concerned about the global effects of Mayor Dump's economic policies. Their job is to eliminate the Mayor (villainous Euro-baddies!)

In the face of such opposition, who would want to be the team trying to build the wall? 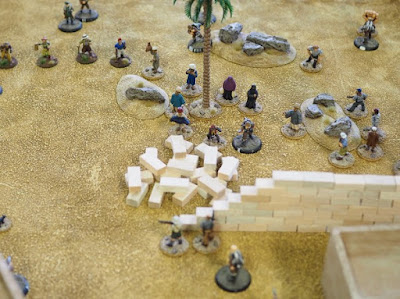 The great man emerges, surrounded by his minders. 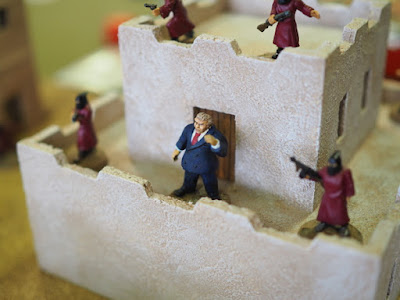 Then suddenly, disaster! A fierce gust of wind lifts his hairpiece and sends it flying! The Mayor is a sprightly man for his size, and he leaps down in pursuit. 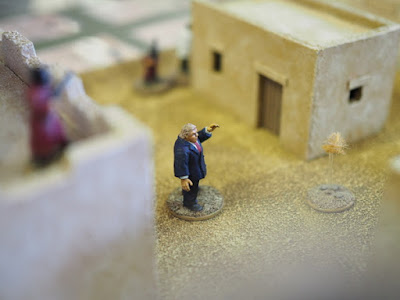 His bodyguards scramble to protect him from the zeppelin troopers. 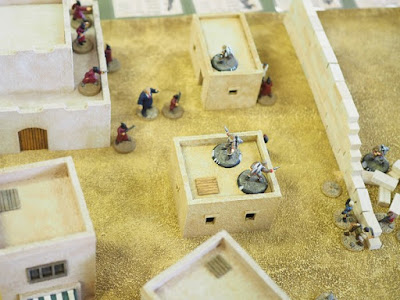 The wig and the man keep moving. 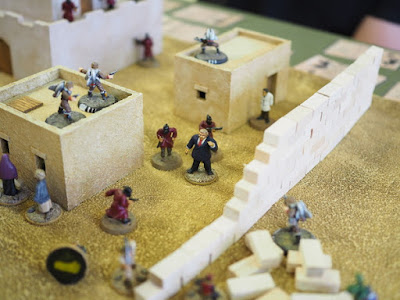 A little lying down on the job. 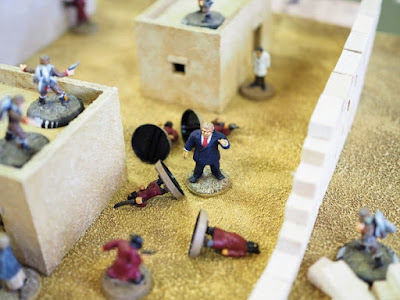 The Mayor presses on regardless. Now at this point, if you are a fan of the current serving President and you have ignored my pleas to avert your eyes, you really have been warned...

The Mayor is approached by one of the nomads. 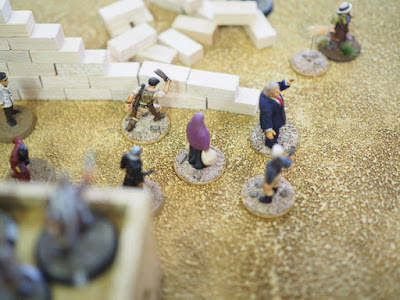 And BOOM! That, folks, is why we need border security...or a new mayor... 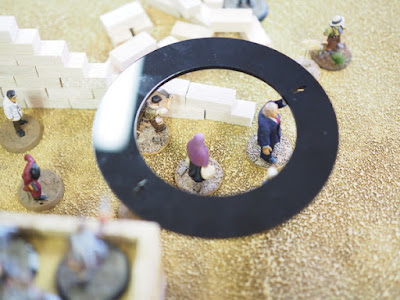 As the credits roll, the archaeologists unearth their treasure. 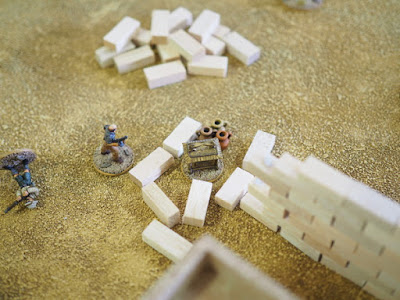 The nomads luxuriate in the wonders of modern capitalism. 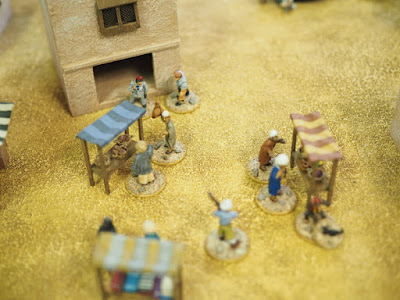 And the now unemployed bodyguards head back to l̶o̶o̶t̶  secure Dump Towers. Note: No world leaders or miniatures were actually harmed in the making of this game.
Posted by Preacher by day at 11:33 PM