In the last game, Commissar Burns found himself fighting off an assassination attempt on an Imperial Guard Colonel. Worse, the assassins were traitor guardsmen led by a chaos psyker. There's a plot and Burns must get to the bottom of it. His investigations have led him to an abandoned underground storage facility. Rumour has it that the assassins have used it as a base: perhaps he can find evidence about the group.

We played this game using the Investigate scenario from Vice Alley. Because they're poking around for clues, characters can't run or attack until turn four, or until a plot point is completed (whichever comes first). We played about a month ago, so the my memory for the fine details is a little rusty! This was our second remote game Pulp Alley: we skyped with Kevin who lives 3 600 km away in Western Australia. It worked really well. The small number of figures makes the game easy to keep track of. If I, as the umpire, felt Kevin was doing too well, I could just furiously wave the ipad and induce a bit of motion sickness! 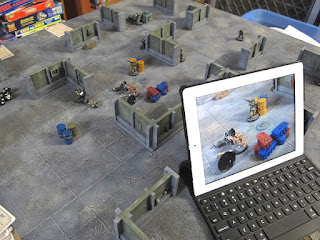 Burns and his crew. But who's that lurking? (and I don't mean the feet!) 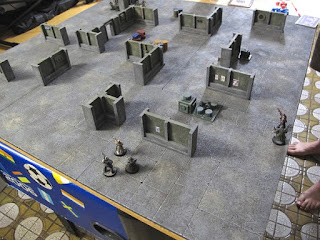 More guardsmen! Traitors? But no one wants to fire any shots yet. 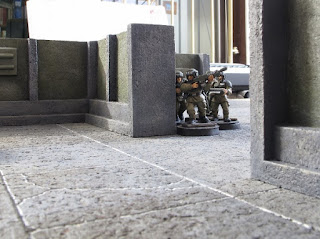 Can we find any incriminating messages on the communications console? 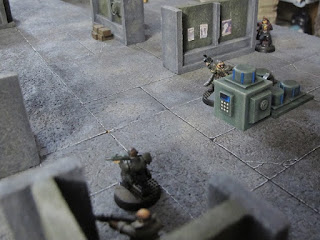 Guardsmen grabbing a radio that, again, may have compromising information (preset comms channels and the like). 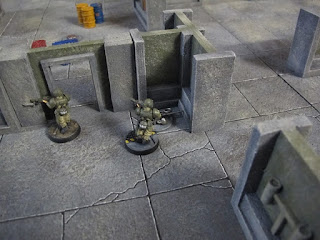 The guard push up to grab the major plot point, a book (surely the traitor guard wouldn't have written down the details of their plot?!) 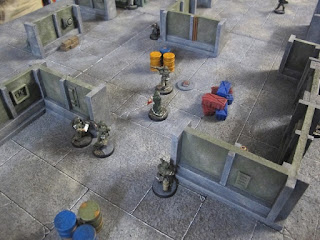 Suddenly, a skulking simian surges out from behind the crates and strikes the cultist. (This was a Fortune card for a random peril, and the traitor guard player has a special love for monkeys in games!) 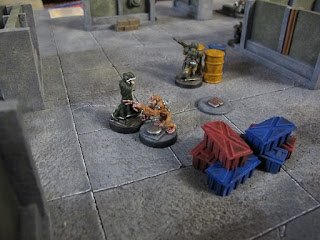 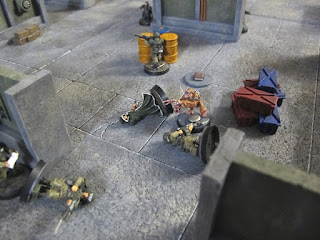 The lie of the land - things aren't going well for the traitors. 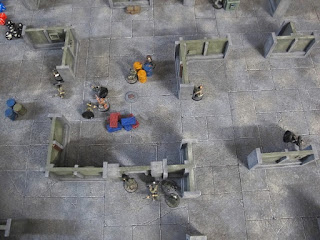 Commissar Burns arrives to do what he does best. 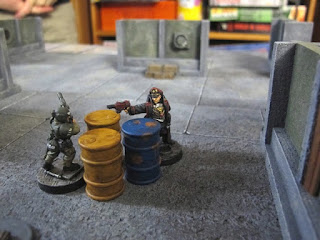 More carnage at the bookfest. 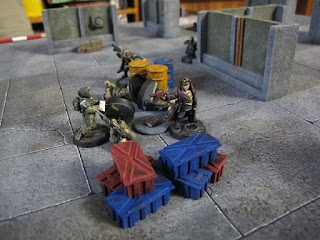 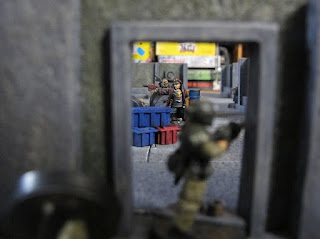 And retreats, pursued by guardsmen. 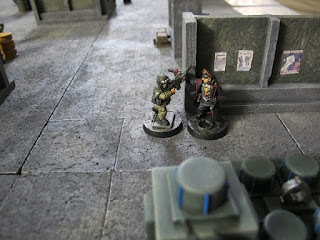 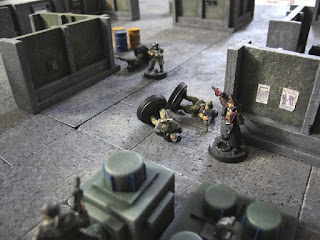 Having spent his guardsmen, the chaos psyker takes a crack at Burns, but to no avail. A resounding victory for the forces of good (at last!) 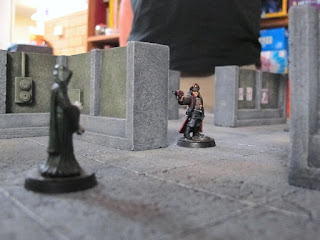 Now, what's in the book? Tune in next time!