Here's my latest Pulp40k model, one I'm quite proud of! 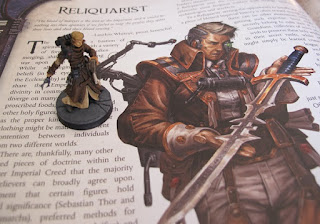 I've had this Reaper figure kicking around for ages. I bought it with Pulp40k in mind. With all those phials and needles I thought it would be perfect as an inquisitor's offsider - an expert in interrogation and persuasion. 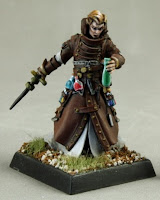 However, I was planning a sci fi version of Pulp Alley's Perilous Island campaign, and the first game calls for an archaeologist. At the same time, I had some 40k artwork with some strong similarities to the figure. I got snipping and gluing, and this is what I came up with. 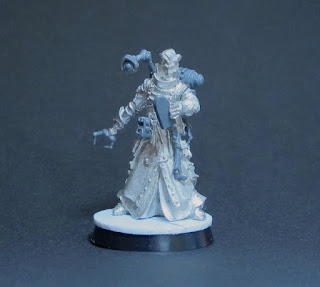 A skitarii backpack, with a bionic eye for examining relics. The 'arm' for the eye is from the Kataphron battle servitor kit (a gold mine for bits). The eye itself is from a tempestus scion (stormtrooper to you and me). 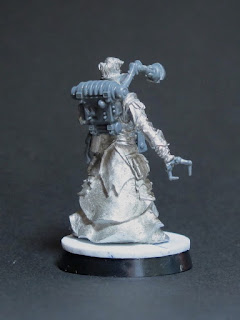 And here he is, finished. 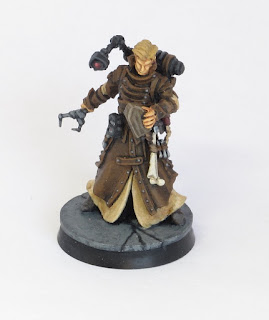 I'm really happy with the way he turned out. He looks like he belongs in the 40k univese. He echoes the artwork without slavishly copying it. 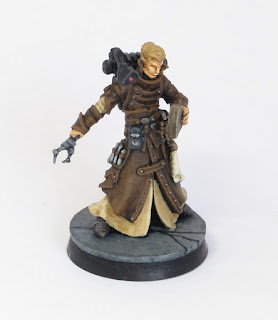 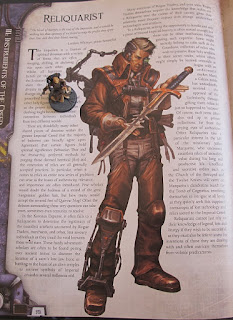 He is from the batty, quasi medieval end of the 40k universe (the bit I love!). He is a reliquarist - an expert charged with the task of establishing the authenticity of venerated relics. You can see he sports his own treasured possession - the shin bones of St Regelus the Martyr. 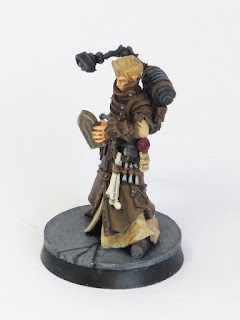 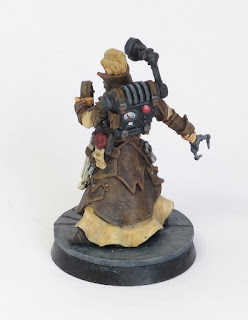 And he's hard at work, examining the supposed bones of another long-dead saint. 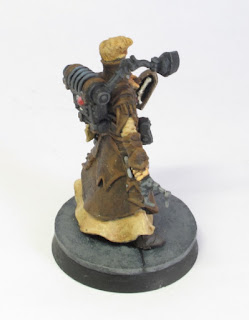 Bonus points for anyone who can figure out the historical figure Johann is named after.